Ending the state of health emergency in Quebec overnight would be “killing people”, warns the acting director of public health, Dr. Luc Boileau.

He testified on Wednesday before a parliamentary committee in favor of Bill 28, which extends certain exceptional powers of the government until December 31, 2022.

According to Dr. Boileau, the government needs these transitional powers to maintain the efficiency of the health care system.

In an exchange with Claire Samson, an independent deputy associated with the Conservative Party of Quebec, the public health expert declared that it was necessary to be “realistic”.

“If we stop all of this now, we will be at huge risk and we will kill people,” he said. “Let’s be realistic.”

Samson had just said she didn’t think the government needed the bill to deal with a new wave.

Liberal health critic Monsef Derraji asked Boileau how he could say COVID-19 was like a cold and at the same time call for the extension of emergency powers.

This question startled the Minister of Health, Christian Dubé, who was present during the exchange.

He tried several times to interrupt the two, but was severely called to order by the president of the health and social services committee, Luc Provençal of the CAQ.

“Mr. Minister, I have to ask you to be quiet,” Provençal said. “At no time does a minister have the right to interrupt an opposition parliamentarian when the latter is to discuss, to have an exchange with the people who gift.

“It would be desirable that this does not happen again. Minister, did you get my message? insisted Provençal, who was forced to suspend the session.

Derraji had just confronted Boileau with a recent statement by Prime Minister François Legault to the effect that COVID-19 was ultimately just a cold.

“COVID-19 is now like a cold for the majority of Quebecers thanks to vaccination,” he said.

“If it’s a cold, you’ve just confirmed it, why so many exceptional measures?” said Derraji.

“Incredible!” exclaimed Dubé, attracting the disapproval of the Provencals.

WHY QUEBEC AND NOT THE OTHER PROVINCES?

The incisive questions from the opposition did not stop there. The parliamentary leader of the Parti Québécois, Joël Arseneau, wanted to know why Quebec was among the only provinces to maintain the health emergency.

“What distinguishes Quebec from other jurisdictions for requiring the maintenance of several decrees and rules, while elsewhere, we seem to be able to live with the virus without these instruments? he said.

“To be honest, I haven’t looked at other jurisdictions. I look at what we need in our own context with the … characteristics of our health system,” the expert replied.

Québec solidaire health spokesperson Vincent Marissal denounced Wednesday the “mixing of genres” which allowed the national director of public health to behave as a “promoter” of the bill.

“I have a little discomfort,” he said. “Usually here, we hear witnesses. Here, you act as the promoter of the bill.”

Consultations on Bill 28 will continue on Thursday.


– This report from The Canadian Press was first published in French on April 6, 2022 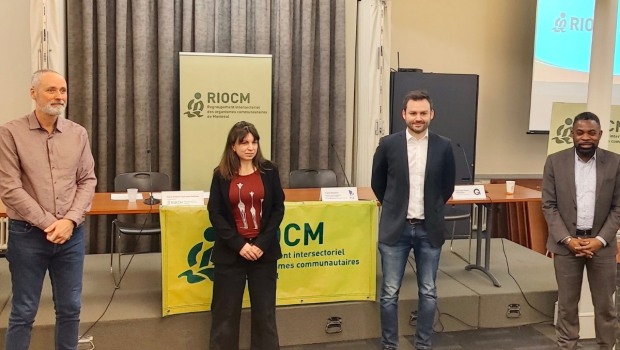